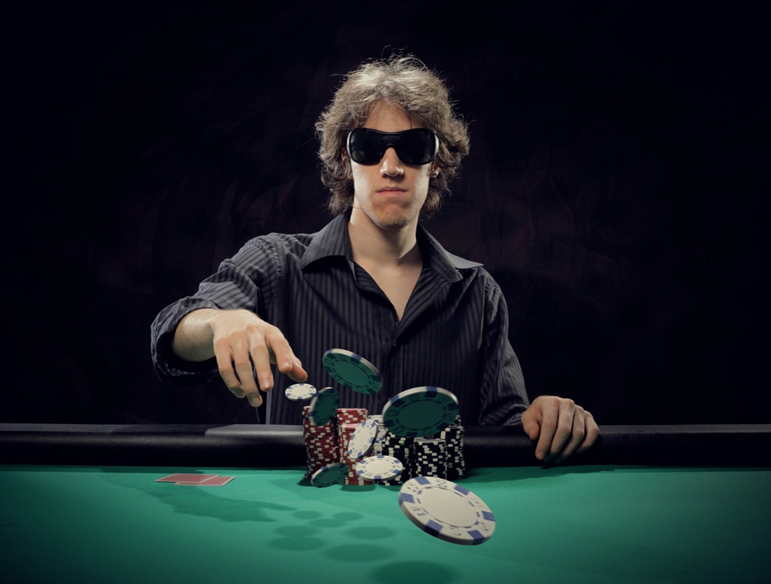 Poker can be played for fun or for thousands of dollars, and this massive variance has led many people to believe that it must be a terribly complicated game to learn.

There are hundreds of different versions of poker, including online poker, which can be played at the best NJ online casino, Resorts Casino, which also offers many other games such as roulette and blackjack.

Although the game requires some skill to learn to play successfully, there are a number of basics that are not too difficult to come to grips with – we outline these below.

Poker makes use of the standard 52-card pack, with or without up to two jokers. Although traditionally played with just the one pack, two packs of different colors are now made use of in almost all club games in order to increase the pace at which the game is played.

Although there are many different forms of poker, those players who understand the value of poker hands and the betting principles involved in the game will be able to play any type of poker easily. In almost all versions, there are five cards in a poker hand, the various combinations of which range from nothing or no pair, which is the lowest scoring, to five of a kind, which is the highest-value hand that a player can hold.

Five of a kind can only occur within games that have at least one wild card, such as a joker, four deuces or two one-eyed jacks. Five of a kind could include four 10s plus a wild card or two queens with three wild cards.

Straight flush is the highest hand that can be reached with a standard pack and no wild cards. This hand features five cards with the same suit in sequence. The highest-ranking straight flush consists of the ace, king, queen, jack and 10 of a particular suit, which is known as a royal flush. The odds of being dealt this hand are 1 in nearly 650,000.

Four of a kind is the next highest hand, examples of which include four aces, with the nature of the fifth card being unimportant.

A full house includes three cards of the same rank as well as another two cards of a different rank, such as three aces and two nines.

Next up is a flush, which consists of just five cards of the same suit but without having to be in sequence.

Next is a straight, which consists of five cards in sequence that do not have to be of the same suit.

This is followed by three of a kind, two pairs, one pair and finally no pair, which is nothing. If no player even has a pair, then the‘ nothing’ hands will be rated by the player with the highest card in the hand.

Players can bet on their hands at various intervals, and the ability to know when to bet and how much is the key to success. No player should bet on their hand unless they believe that it is capable of winning.

There are many other aspects to poker, but these are some of the basic foundations that all players should be aware of before they attempt to play.

The Top & Most Exciting Online Casino Games to Play in 2021

Why should you play slot games to begin your casino career?